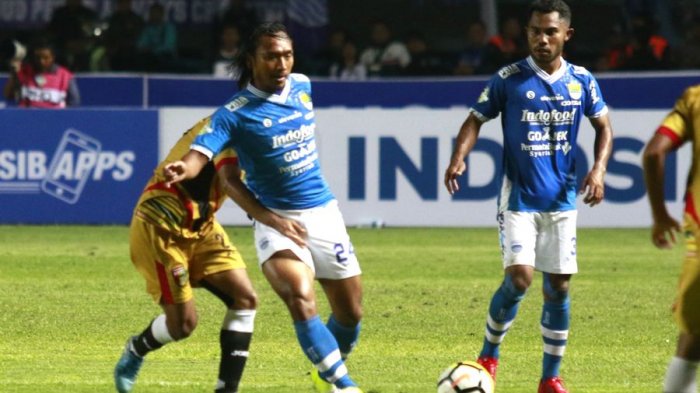 Performance was pretty neat in guarding the left side of defense Persib. Though his presence had doubted many parties. Ardi admitted it is more comfortable regarded as a second caste player. That way, he can still keep the motivation to appear consistent. “Yes I am proof in the field, and I prefer to be cursed on the praises, I prefer to prove in the field,” he said Ardi saar met at Husein Sastranegara Airport, Monday (16/4/2018).

The former PSS Sleman player said one of the keys to his consistent performance was to follow the instructor’s instructions. As a wing defender, true Ardi does have an aggressive style of play. However, under the care of Gomez he was asked to keep the depth of Persib defense. “Oh honestly these two games follow Gachz’s coach instruction, I’m not allowed to ride, I’m always made to survive Even though it’s not my real style of play I follow the coach’s instructions, the result is positive and better that’s it,” he said. .

Consistency Ardi game took him involved in hot action counter Arema FC, Sunday (15/4/2018). He was finally able to feel the direct hot tension in the game. Idrus admitted very impressed with the aura of the game. “Grogi baseball I just tried to follow the instructions of the coach, the atmosphere then we ran into the locker room they kept throwing us, but baseball okay .. I am so grateful I can go home with the points, that’s all,” he said.

View all posts by Kamsiah